Guilford, Conn., - The East Coast Elite League (ECEL) has announced that the New Jersey Titans have been accepted as new members of the ECEL for the 2018-19 season.

This is the first announcement of the ECEL line-up of expansion teams for the 2018-2019 season. The current membership stands at 11 different organizations and 22 teams. A 2018-2019 ECEL event schedule will be posted in the near future.

“We are very excited to add the Titans to the ECEL,” stated ECEL Commissioner Peter Alden.  “They are a professionally run organization that has been a staple in the Atlantic District for years.  Every year their teams are at the top of the AYHL and have a proven track record of moving players on to all levels.  To add to that, the NJ Titans are the second member that has a direct affiliation with the North American Hockey League as they have a Jr. A team in the NAHL.  This is another strong value to their membership in the ECEL.”

Founded in 2014, the East Coast Elite League is a four-weekend showcase series that will provide maximum exposure for its member organizations and their players, by playing in top venues, in ideal scouting locations. Spread across the U16 and U18 divisions and represented by several of the top hockey organizations across the country, the ECEL is the premier showcase series in the United States, unmatched in its format and exposure opportunities. For more information please visit us online: www.ECELHockey.com or follow us on Twitter @ECELHOCKEY. 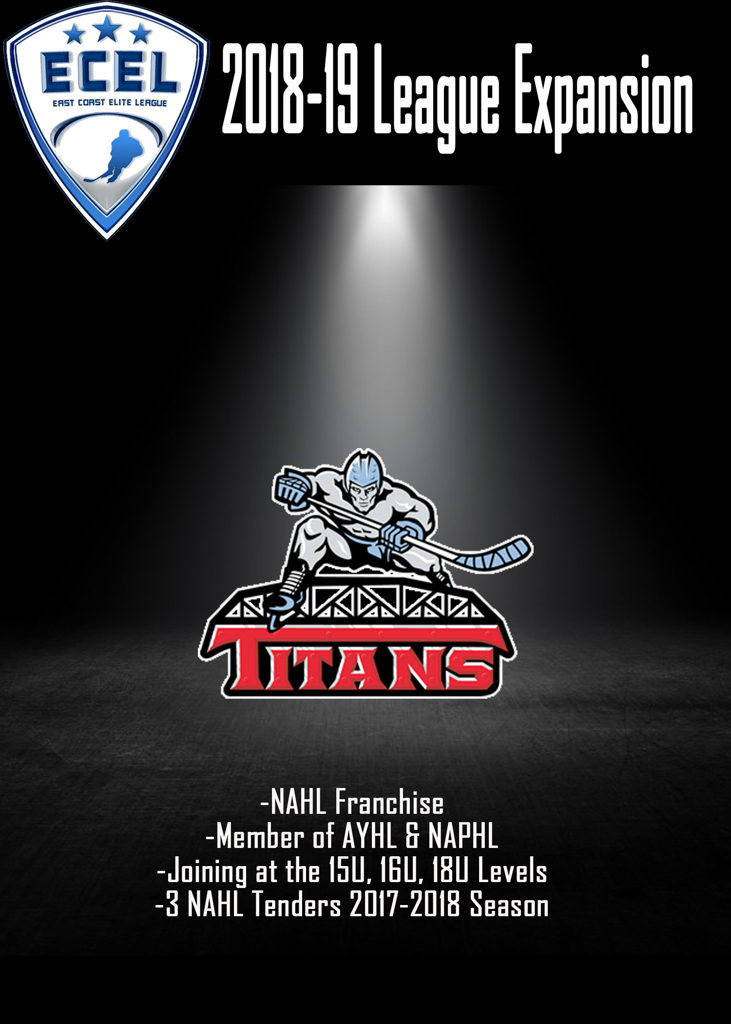